Live at AOS in Tucson

We’ve landed in Tucson! If you’d like to meet up and talk R/birding/beer message me on twitter (@birderboone) or email me (mttboone@gmail.com) 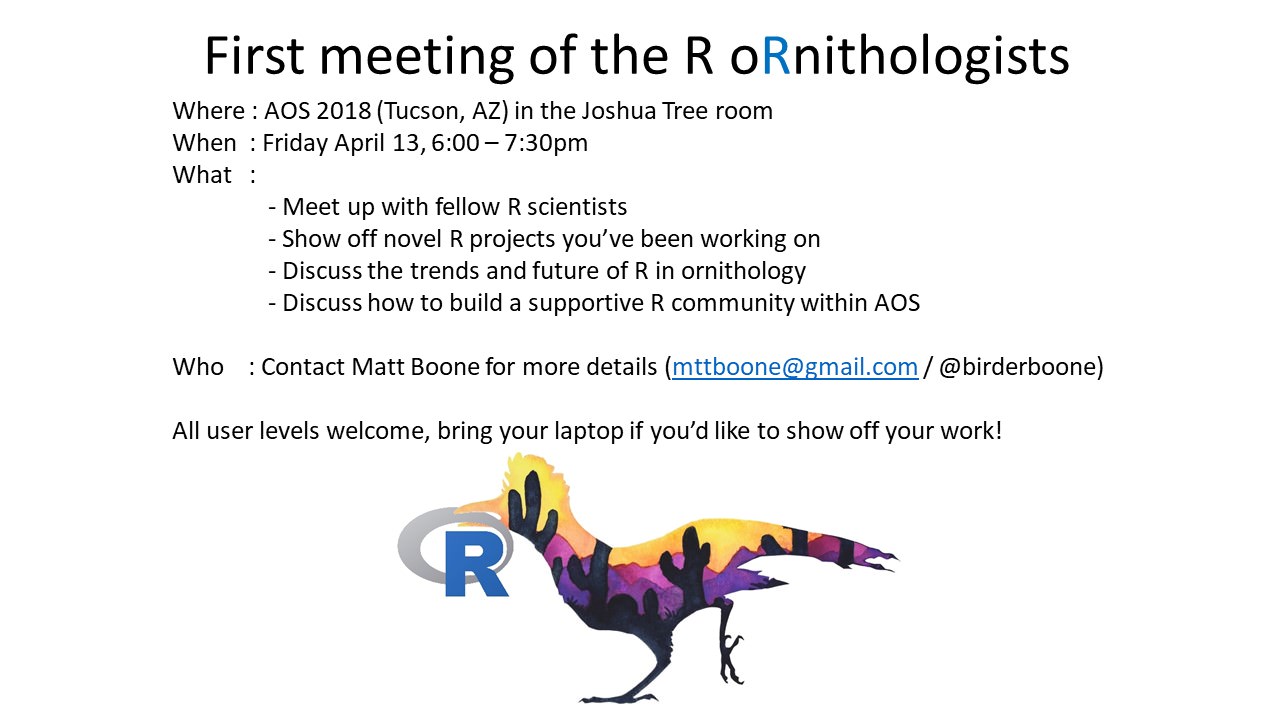 How many birds can you see in each U.S. county?

Recently I asked the question: what counties in the US were the most underbirded. I found that the Central and Southern United States were severely underbirded, and was surprised at the large discrepancy in effort across the United States. For example the #1 county by submissions, Los Angelos county, has an impressive 181,000 checklists submitted all time. This would rank #7 worldwide, just behind the United Kingdom if L.A. was considered it’s own country (luckily its not). Now compare this to Martin, Kentucky with only 12 checklists submitted EVER. Clearly data from these two counties are not similar.

Where should you bird today?

I’ve recently moved to San Bernard NWR for the winter to catch rails. Located on the Upper Texas Coast, San Bernard boasts some of the highest bird species totals in the United States (a respectable 311). This is partly due to it’s location right in the epicenter of spring gulf migration and its proximaty to Houston (1.5 hours). The entire area of the gulf coast contains impressive winter birding oppurtunties including being only 40 minutes from the famous Mad Island WMA, whose CBC totals rank number one 20 of the past 25 years. Part of this CBC’s success comes from lots of scouting and a large group of participants (~100 every year). Infact this entire regions good birding can partitally be attributed to the amount of birders birding the area.

As a lead up to AOS, I am launching my Consulting services for Biologists.

This site is live